“Sorry, the dollhouse is full.”

Those who know me know that my seemingly random quirks and habits are deeply rooted in past trauma. I’m a grudge holder with a long memory. I don't enjoy celebrating Christmas and most holidays. I especially don't like celebrating my birthday. The logic doesn’t add up: if my friends are grateful that I’m alive why am I the one spending money. My life if their gift; they should be giving me stuff. 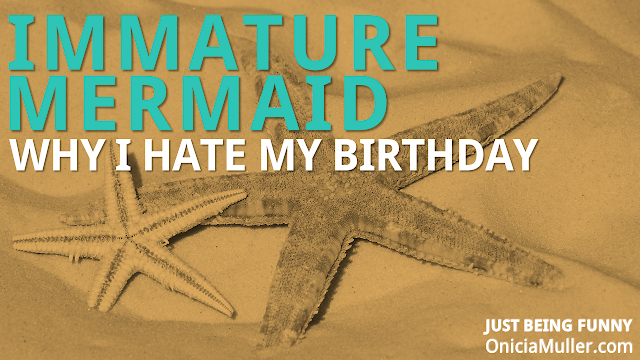 It was my second year in kindergarten. I was determined to spend time in the school’s dollhouse. This house with its kid-sized furniture was the greatest thing ever. On the first floor, there was a living room and a kitchen complete with plastic dishes and food. On the second level, there were several pillows and plush toys. Entry was first come, first served.

The system was rigged. Our kindergarten teacher was running a botch social experiment about assertiveness and self-governance. The only kids who enjoyed the dollhouse were those who sat closest it. Complaining did nothing. Only the eternally hopeful would waste their break waiting.

On my 5th birthday, I brought treats for everyone. This day was magical. First, I got a special crown from my teacher. Then, I was escorted to the front of the dollhouse line. Can you imagine?! Did the universe realize I was cool and worthy of all the fabulous things? Later, an even cooler thing happen; I was invited to play mermaid! Mermaid was us girls doing mermaid things, living our mermaid life, and conquering mermaid challenges. I was a little mermaid! My day ended with pizza, everyone singing happy birthday. So caught up in being the K-2 It girl, I didn’t spend any time with my friends.

Would lightning strike twice? The next day during break, I rushed to chill with my new friends in the dollhouse. Instead of a warm welcome, I was told: “Sorry, the dollhouse is full.” Whomp. Whomp. Don’t take it personally. I’m sure my new friends would let me in if they could. When someone else skipped the line, I decided not to waste time waiting. Instead of hanging with Gary and Sheila in the sandbox infested with dragonflies, I tried to join the mermaid squad. “Not today. We have too many mermaids.” Wow, I didn't realize 5-year-olds were well-versed in mermaid population control policies.

A year later and I hadn’t learned my lesson about fake friends. On Gary and Sheila’s birthday, they invited me to be part of their entourage. However, a week later on my sixth birthday, I got caught up playing with the cool kids that I forgot about my true homies. I know. I know! I ain’t ish. The next day, after I’d played mermaids and given away all my pizza, I was back to being a nobody! That other girl, didn’t even choose me on her birthday – which was only a week later. How rude! Every April I relive this bad birthday experience from over two decades ago.