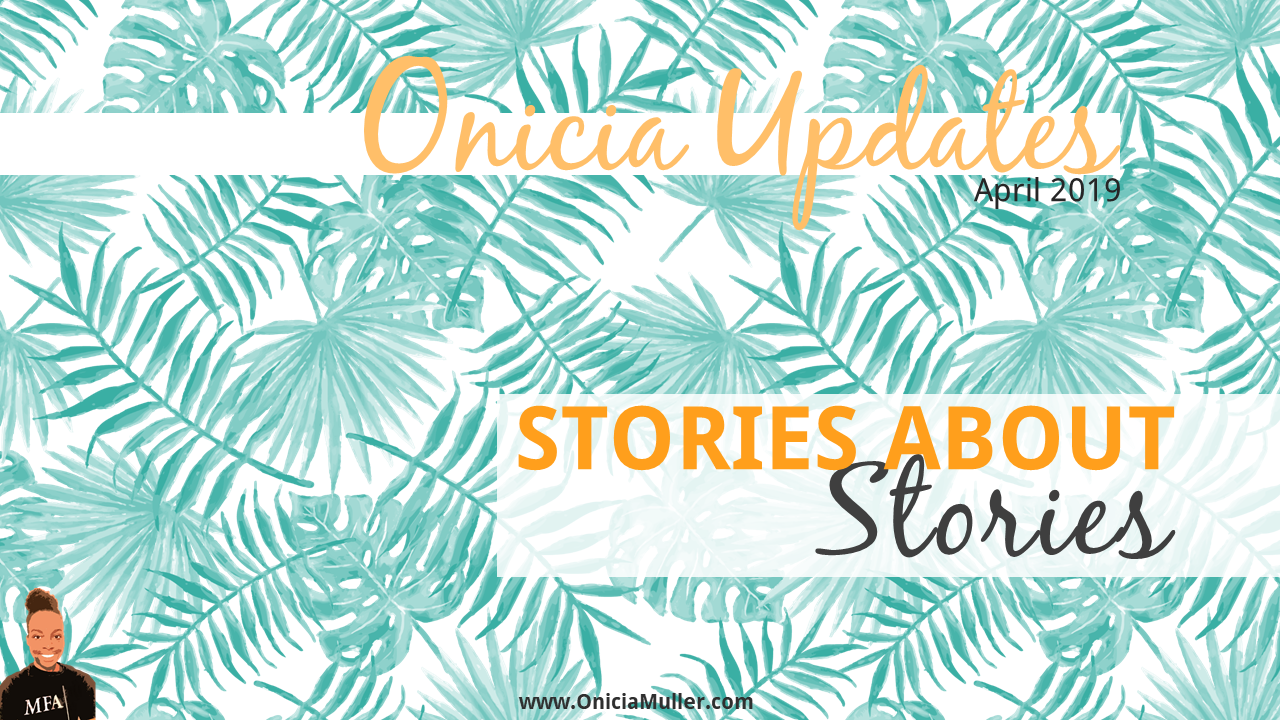 I'm alive and writing. Since my last letter, I've been diligently collecting stories about stories. Confused? Let me explain.

Writing is more than the time spent actively stringing words together. Ideas are planted and explored during seemingly mundane activities within our daily lives; waiting at the bus stop, washing dishes, or even while zoning out during a sermon.

I started drafting a "Hey Onicia" about my story journey, the process of taking a project from idea to writing the first sentences of the first draft. I abandoned finishing that article because I don't want to block my creative flow by pausing to analyze the process when I'm knee deep in it. I would, but I've been dealing with tendonitis in both hands and therefore have to be intentional about how I use my hands.

So yeah,  tendonitis and other life changes are forcing me to rest from working my fingers and wrists for 8+ hours a day. No lifting heavy objects. No scrolling my life away. This month's fangirlin' section includes a non-exhaustive list of content I've consumed.

Don't cry for me. After roughly two months of real rest (I've been trying to force myself to rest since May 2018), I'm back at the desk banging out new stories for Just Being Funny and working on a comedy pilot.

Oh yeah, next month I'm going to see KevOnStage in Chicago. Kev is my favorite (clean) comedian. He's on a mission to sell out a venue with 10K seats! 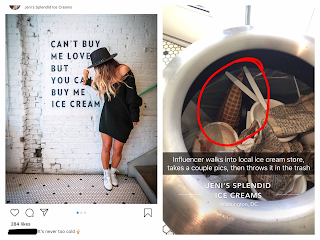 The roommate sent me this image. Dearest friends, this "influencer" is trash. Please know that I gladly accept donations to support my ice cream habit AND I actually eat my ice cream.

While I continue my break from performing, I now dedicate this section to showcasing women in comedy. There's this saying that women aren't funny. I believe people just haven't experienced enough female comics. If you're ever in Chicago, I highly recommend the kates.

JBF: How Yuh Dog Lost? (The Daily Herald)
I pondered this lost dog situation after reading a post on Reddit about how some woman left her pack of wolves but was recognized seven years later. Yup, Rebecca left Balto and the gang for seven years, then she just popped up on the tundra, and the squad was said “Sup?!”.

JBF: A Well-seasoned Sexpot (The Daily Herald)
I don’t know what it is about my face or my energy, but people love to tell me they business – old people, crazy people; homeless people, in particular, love to talk to me. I’m hoping it’s because one day someone’s granny will write me into her will. Why? Because unlike her dusty and ungrateful grandchildren, I took the time to listen to her story. That’s why!


Do you make cool things? Let's collaborate! Serciously, I want to see and conspire with you to create dope ish.