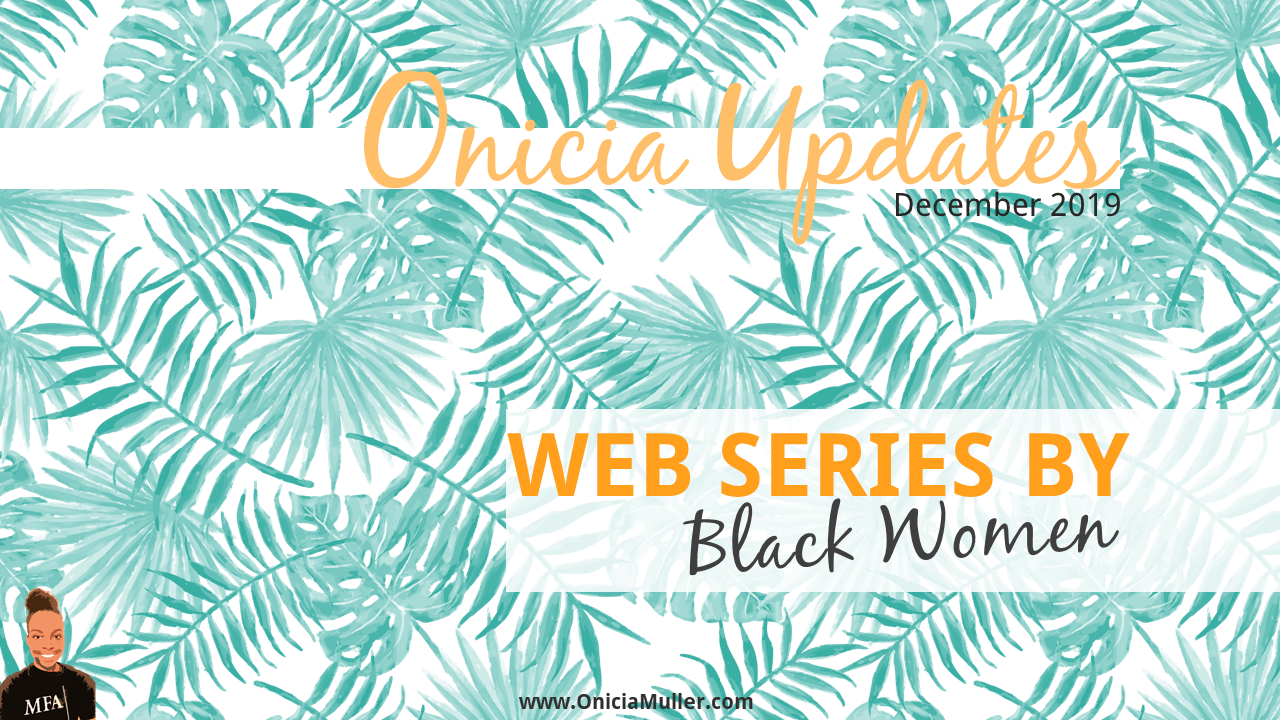 Welcome back to my corner of the internet. In my final newsletter for 2019 (Woot! Woot!), I have a brief round up of must-watch web series by black women.

Support artits by sharing our work, smashing that like button, and commenting. Thanks.

Black Girl in a Big Dress (Aydrea Walden)
BLACK GIRL IN A BIG DRESS is a webseries series about an African American Anglophile cosplayer in love with the Victorian Era. Adrienne feels happy and confident when she's dressed up living life like it's a fairy tale, but back in the real world, it's a whole different story.

Black Enough (Micah Ariel Watson)
I remember going to college and feeling like #BlackGirlMagic had to be fake, because it certainly didn’t apply to me. The same rich and diverse community that I love so much was the same community that I didn’t feel good enough, woke enough, pretty enough to be apart of.

Mom in Real Life (Tania Richard)
Mom in real life is a comedy about Rory, a wife and mom who lives in a suburb just outside a big city," Richard told SCREEN. "She fantasizes about being an idyllic mother but alas, it is only in her dreams. This series is for anyone who tries and fails and picks themselves up and tries again.
<3 p="">
King Ester ( Dui Jarrod)
This series wasn't created by a black, female-identified filmmaker BUT Ester is such a compelling black, female character that I had to include this web series. This is the story of Ester, a trans woman struggling to find her path in New Orleans during the week before Hurricane Katrina. In the face of an evacuation order, she is forced to make a choice that will impact her future forever. Will she get out on time?

Drunk Science (Candice Lola)
An enthusiastic host performs simple experiments and then humorously explains the science behind the result, all while visibly drunk. JBF: Container Farts (The Daily Herald)
Anywhores, one day we were in class and Mrs. Rachel suddenly stopped the lesson. Homegyal went from nice-nice to “Stop it right now!” Who was she talking to? What was she talking about? I didn’t know.

How do I Know if My Writing is Improving (Hey Onicia)
I hear all the time to learn the rules then break them, but then I think there are so many rules to learn, lawd Jesus. I feel like I never will know all the rules, but I won’t give up.

Fake Universities Targeting The Caribbean (The Daily Herald)
Increased access to the internet makes distance and online learning more appealing to adult learners in the Caribbean. Job seekers can use their newly obtained educational credentials to request promotions and salary increases. Fake universities are now a huge threat.

Have any web series recommendations? Send them my way and I might feature you in my next newsletter. They don't have to be by black women.  Let's collaborate!